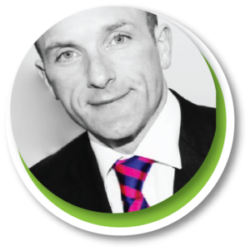 He attended the Royal College of Surgeons in Ireland and graduated with an Honours Degree in 1999. He was awarded a Doctorate of Medicine (MD) by his alma mater in 2005 for his research into breast cancer treatment.

While undertaking a surgical oncology fellowship at the Royal Melbourne and Royal Women’s Hospitals in Australia he gained specialist expertise in breast, thyroid/ parathyroid and melanoma surgeries.

Gerry is an Honorary Clinical Associate Professor in recognition of his valuable contributions to medicine and health sciences at the RCSI. He is also the Lead Breast Surgeon at the South Eastern Cancer Centre and Senior Lecturer at the Royal College of Surgeons and University College Cork.